The Botswana government has quietly sold the rights to frack for shale gas in one of Africa’s largest protected conservation areas.

Shale Gas cannot be extracted without hydraulic fracturing.  Scroll down to see the Botswana government’s own Facebook page, captured in September 2015 before it was taken down. It clearly states that Nodding Donkey has been awarded the country’s first Shale Gas contracts in the Gemsbok Basin, and the map after that shows exploration licenses issued for inside the Kgalagadi Park. These licenses also cover large portions of the Wildlife Management Area meant to uplift marginalized communities to the north of the park.

The Kgalagadi transfrontier park, which spans the border with South Africa, is an immense 3 6,000 sq km wilderness, home to gemsbok desert antelope, black-maned Kalahari lions and pygmy falcons. But conservationists and top park officials – who were not informed of the fracking rights sale – are now worried about the impact of drilling on wildlife.  – Read Director Jeffrey Barbee’s story in the Guardian here.

This story is part of the outreach for the award winning film The High Cost of Cheap Gas.

Scroll Down to  Discover the Kgalagadi Transfrontier Peace Park and Learn More. 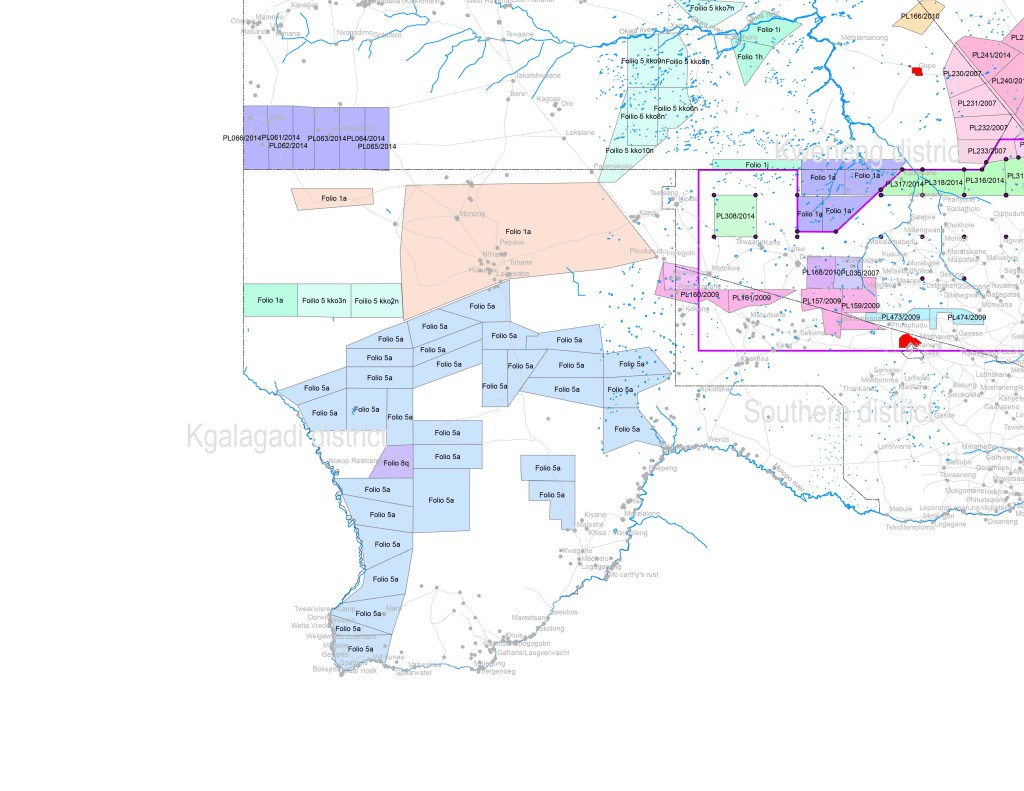 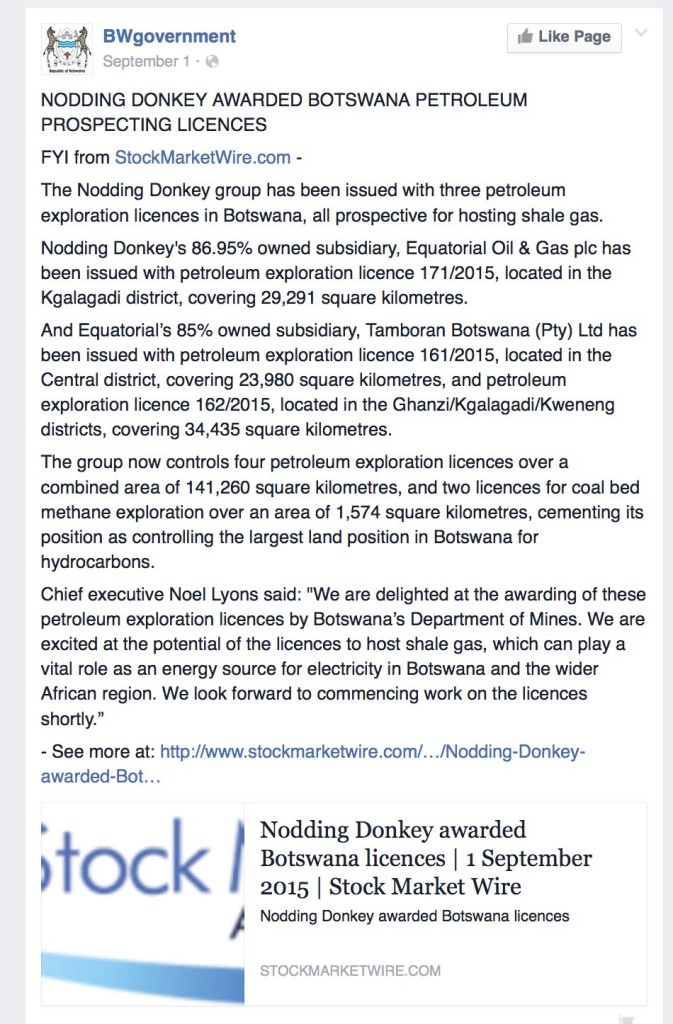 One thought on “Botswana sells Fracking Rights in National Park”