Canadian oil and gas company Recon Africa said in an August 2020 press release that they are planning to drill oil and gas wells into an environmentally sensitive, protected area in Africa that supplies the Okavango Delta with water.

The drilling location sits along the banks of the Kavango River, straddling the border between Namibia and Botswana, inside of the newly proclaimed Kavango Zambezi Transfrontier Conservation Area, called the KAZA Park.

Five years ago Alliance Earth produced the award winning film The High Cost Of Cheap Gas, an in-depth look at gas and oil developments that use the controversial technique called hydraulic fracturing (fracking). The film uncovers why fracking is unsustainable, dangerous to communities, the environment, the financial system and contributes towards climate change.

The movie also uncovered how fracking in Botswana had been going ahead without proper environmental permits. You can see that movie in its entirety for free here.

The Polluting Legacy Of Oil And Gas

The main issue with fracking is that it uses a vast amount of water, as much as 35 million liters per frack, which it then leaves highly polluted, explains the US government.

Fracking companies have invaded communities in the USA, made a lot of money and then departed, leaving hundreds of towns across America polluted and unable to clean up the mess, explains this US government study.

The towns most affected? Economically disadvantaged communities with little ability to defend themselves and their homes against the greed of these industrial giants.

The produced water from fracking is so toxic that it will kill anything that drinks it, and it is often left on the ground or poorly disposed of, according to the US National Wildlife Federation.
Fracking has also been shown to have polluted the groundwater permanently in some US States where it has been allowed, according to a report published in Scientific American.
The international governance site Governing, says that the financial losers in fracking are local communities, as drillers and national governments take profits and leave communities poorer and less well off than before they arrived.
Ohio State University explains  that fracking releases highly dangerous gases into the air that can cause cancer, birth defects and other serious long term health issues. These gases are unregulated, and even tiny amounts of exposure to them can cause cancer in the offspring of people and animals exposed.
Fracking companies are oil and gas companies and they have been lobbying governments for generations. This lobbying essentially weakens the regulations that frackers are forced to follow, which is one reason such a dangerous industry has been allowed to operate in such a harmful way, according to the journalist Hal Harvey at the news website Politico.
People On The Fracking Frontline 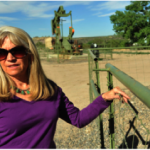 “The well-heads are leaking, the pits have overflowed, they’re un-lined, and they seep into the water sources and into the springs. That was the main thing that caused us to quit ranching – it’s because our water’s contaminated”.

“There is no question that environmental degradation hurts the poorest of the poor much more than it hurts anybody else. When developments like fracking are proposed the response that you get is that it creates jobs but frankly it depends what kind of jobs. There is no benefit in my view in creating jobs, which harm society” 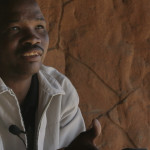 “Look at our country – it is still a developing country. If you bring gas companies like this they have destroyed and did bad things in the US what about Botswana? What will happen here? It’s going to be a mess.”