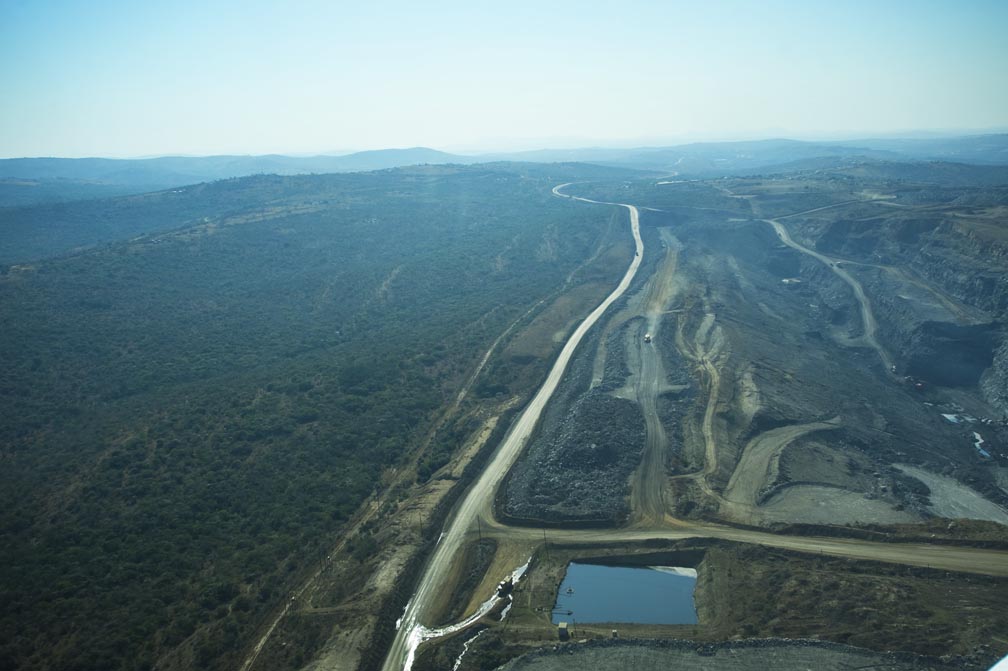 Park on the left, mine on the right. Already there is one mine near the border of the Imfolozi/Hluhlue Mantional Park and affected communities say they are losing livestock due to groundwater contamination. This is the the Somkhlel Mine, pictured here. Many of the proposed mine’s oppponents point here when they say how bad a mine will be for the communities and the wliderness which they depend upon for survival. In South Africa the rhino was brought back from the brink of extinction in the latter half of the 20th century through the efforts of Dr. Ian Players and many others working at Hluhlui/Imfolozi National Park. From the park’s original 432 rhino in 1953, there are now around 16,000 White Rhino in the wild today. Now the rhino is disappearing once again due to a huge upsurge in poaching, but the threats also come from the energy sector, which is planning a large new coal mine on the park’s boundary that many conservationists feel could be a serious blow to the ongoing efforts to conserve this disappearing species.