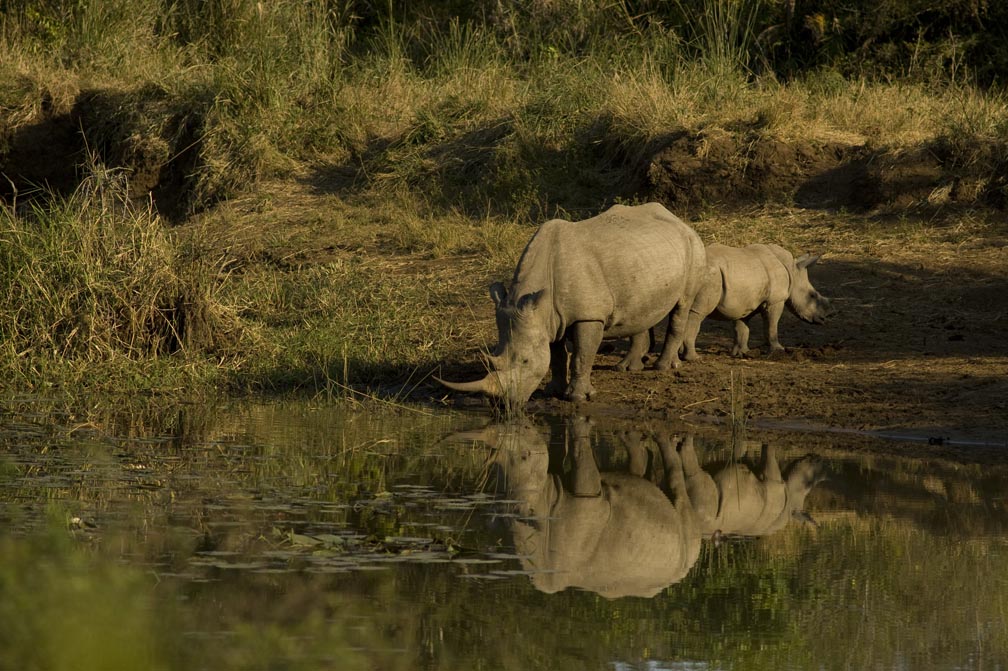 A White Rhino drinking at a water hole with her small calf in Imfolozi National Park. In South Africa the rhino was brought back from the brink of extinction in the latter half of the 20th century through the efforts of Dr. Ian Players and many others working at Hluhlui/Imfolozi National Park.