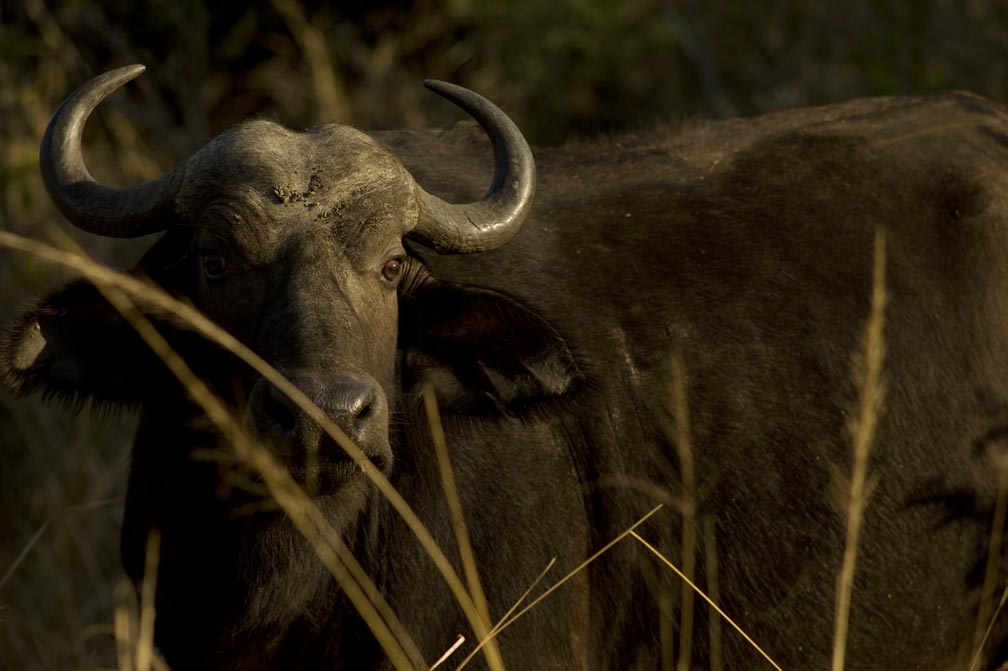 Imfolozi Park is a feeder park that helps populate animals into many other parks, so it’s ecosystem is particularly important. All animals could be affected by the mine. Buffaloes like these help suuply many parks with new genetic stock, so any harm to their ecosystem could harm the long term resilience of the buffalo population in the region. In South Africa the rhino was brought back from the brink of extinction in the latter half of the 20th century through the efforts of Dr. Ian Players and many others working at Hluhlui/Imfolozi National Park. From the park’s original 432 rhino in 1953, there are now around 16,000 White Rhino in the wild today. Now the rhino is disappearing once again due to a huge upsurge in poaching, but the threats also come from the energy sector, which is planning a large new coal mine on the park’s boundary that many conservationists feel could be a serious blow to the ongoing efforts to conserve this disappearing species.