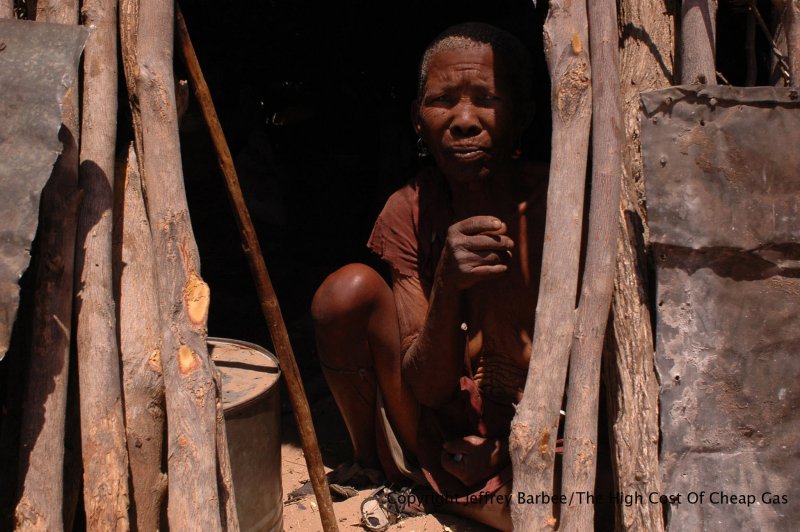 she is in her late 60s, was evicted from Metsiamonong settlement in the central Kalarai Game Reserve and now lives in a resettlement camp in Kandwane. 2/3’s of the bushmen still living in the Central Kalahari Game Reserve have been thrown out, often at gunpoint, in the last few months. Reasons for the evictions have been thought to include diamond mining, foot and mouth disease, and plain old Xenophobia. Kandwane, a settlement at the southern border of the park, has received most of the evictees and is now home to both of these men pictured here.