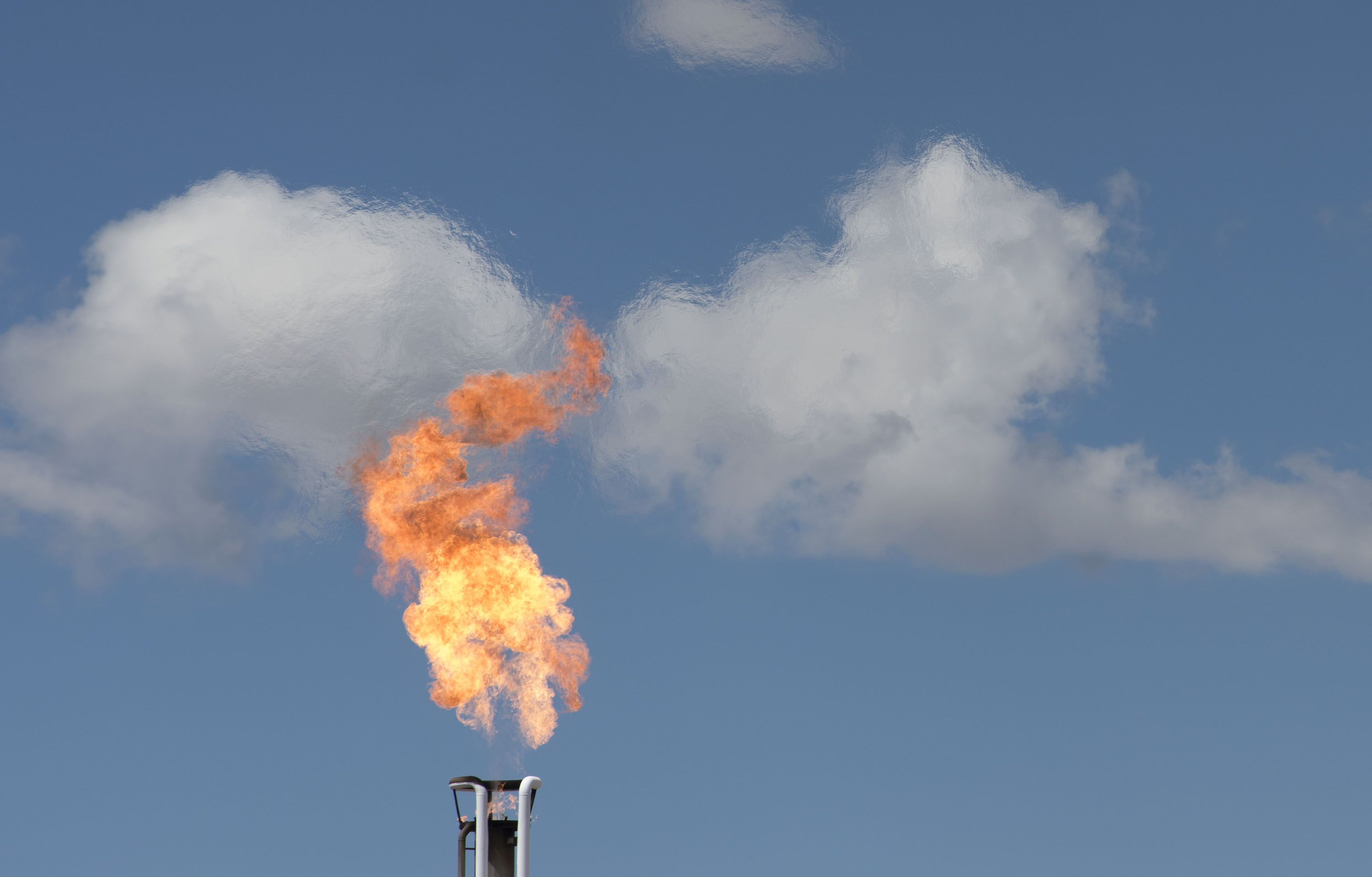 Plumes of unburnt gases roil out of a burner above a gas plant in Northern New Mexico. The unburnt volatile organic compounds are collecting in the air and poisoning communities, say researchers. Hydraulic fracturing has created America’s energy boom, but it has also created major environmental problems that are only now being fully researched and understood. Throughout the country “fracking” has local communities up in arms over highly dangerous airborn pollutants, and reasearchers from NASA, The National Oceanic and Atmospheric Assosciation (NOAA) and the University of Colorado are confirming that massive amounts of Methane and other Volatile Organic Compounds (VOCs) are being released at levels between 2 and 5 times higher than Environmental Protection Agency estimates.