“My daughter has asthma. She is not the only one around here, something is wrong here, our air quality shouldn’t be this way.”

Shirley “Sug” McNall is leaning up against a fence staring at a natural gas well about 40 meters from a playground behind the primary school where her daughter used to teach in Aztec, New Mexico. She believes that the gas industry and the explosion of fracking in her state is responsible for serious impacts on local air quality which are affecting people’s health.

Her fears were boosted last year when Nasa satellites identified a methane bubble over Aztec visible from space. The bubble suggests that during drilling and production the natural gas industry is not capturing all of the gas they unlock from deep in the ground and significant amounts of this methane and other chemicals are leaking into the sky. McNall believes that other more dangerous gasses are being released too.

Have a look at the unpublished images below and read the rest of the story on the Guardian’s website: 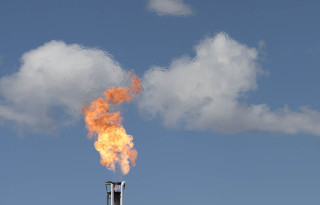