The Maverick is one of the fastest growing independent regional news organizations in Africa and offers analysis, editorial viewpoints, vital social discourse and with this new partnership with Allianceearth.org, international independent environmental and scientific investigative journalism.

We will be publishing at least one story a month, and below is our first project covering Africa’s only 100% African-made photo-voltaic panel manufacturers.  If you want to find out more about how you can support this collaboration to see even more work like this appear in the Maverick and other newspapers please contact Director Jeffrey Barbee @ jeffrey.barbee(At)gmail.com

When South Africa was emerging from apartheid in 1993, Professor Vivian Alberts and his students were busy developing traditional silicon photovoltaic solar systems in his lab at the University of Johannesburg. Expensive silicon is the classic way that the sun’s energy has been harvested for electrical power since 1954, but today Alberts is trying something different, helping create the continent’s energy future using a proprietary glass coating called thin film, and there is no silicon here.

His big new discovery for a thin film coating for glass was announced in 2007. Although the race for something to replace traditional silicon has many players, not only is Albert’s factory the only one in South Africa, it is the only full manufacturing plant for photovoltaic modules on the whole continent.

When solar power becomes cheaper than traditional sources of energy, this is called grid parity. To have grid parity, solar must be as cheap or cheaper than coal, oil, nuclear or gas per kilowatt generated. Thin film, because it has lower manufacturing costs at scale, has traditionally been thought to offer this, because traditional silicon-based solar modules are more expensive…

View the whole story here, or discover even more about South Africa’s exciting renewable energy market in our collaborations with the UK Guardian here and here! 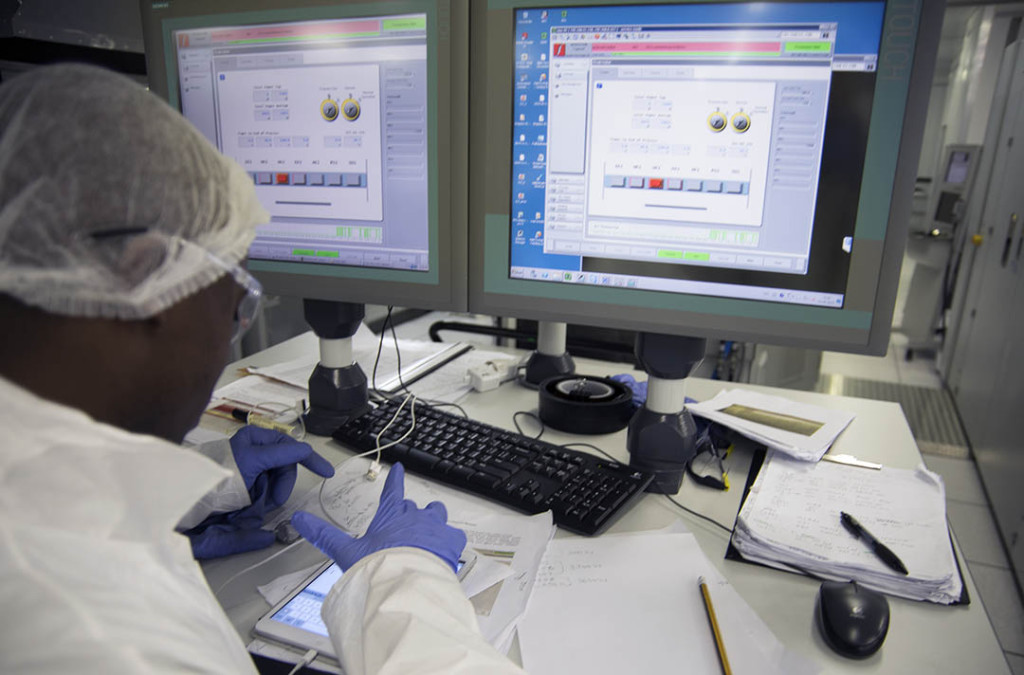