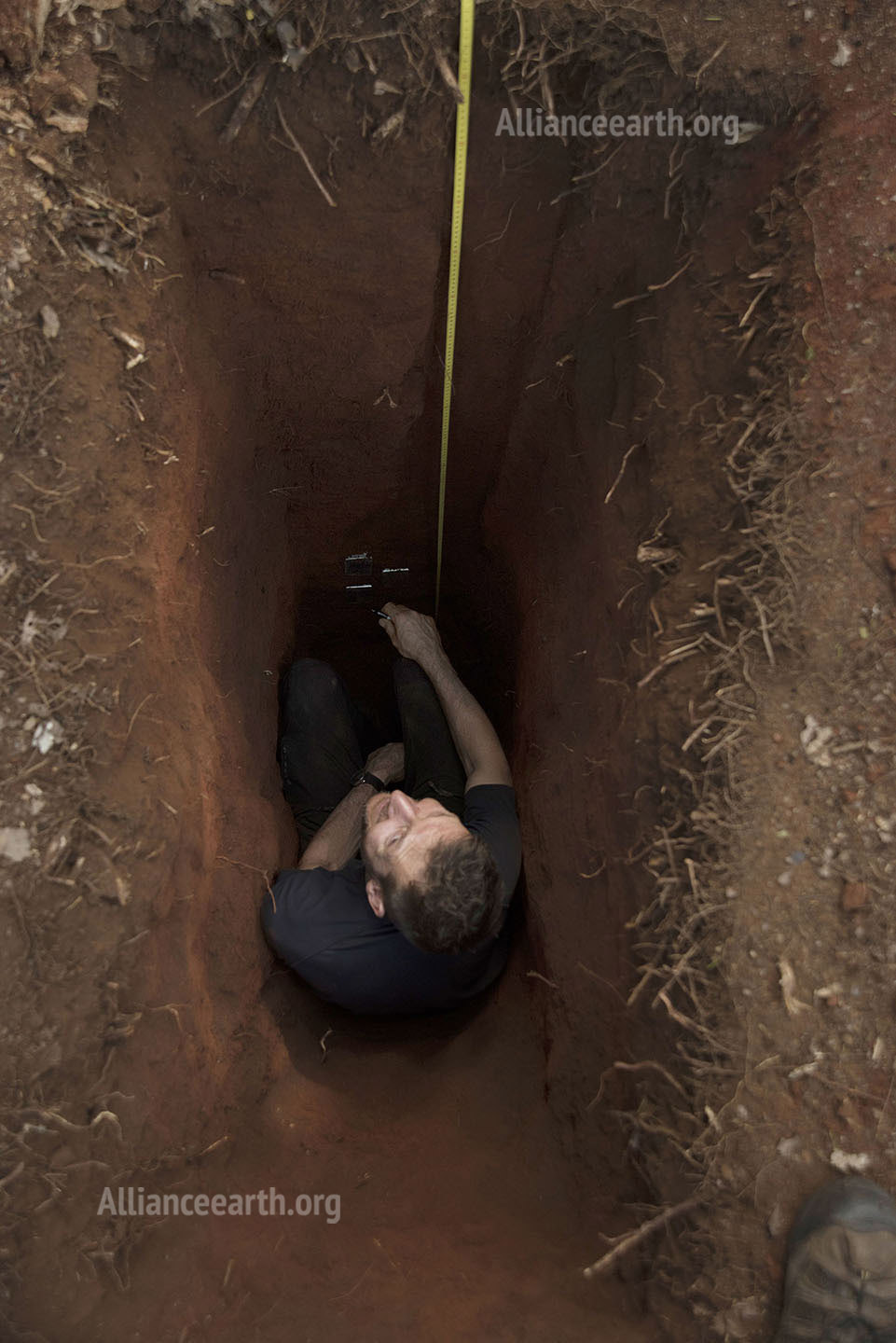 Professor Phil Platts from the University of York tests the bottom of the soil pit dug into the forest of Mount Lico. He and his colleague Dr. Simon Willcock from the University of Bangor in Wales attempted to get to the bottom of Mount Lico’s forest but they ran out of time and sample boxes. They expected the depth of the soil to be around 50 centimeters, but after 2.1 meters down they stopped digging and hammered in a 50cm probe. It too failed to stop at bedrock. Great forest depth usually means a greater age. Some rainforests are so old they date back to the time of the Dinosaurs.

By Measuring forest type, cover, density and depth the team hopes to solve mysteries like the age of Lico’s forest. Tropical rainforests store more carbon than any other vegetation on Earth, and the survey here will become part of a global census of carbon, eventually used by the UNFCC to drive international climate policy.