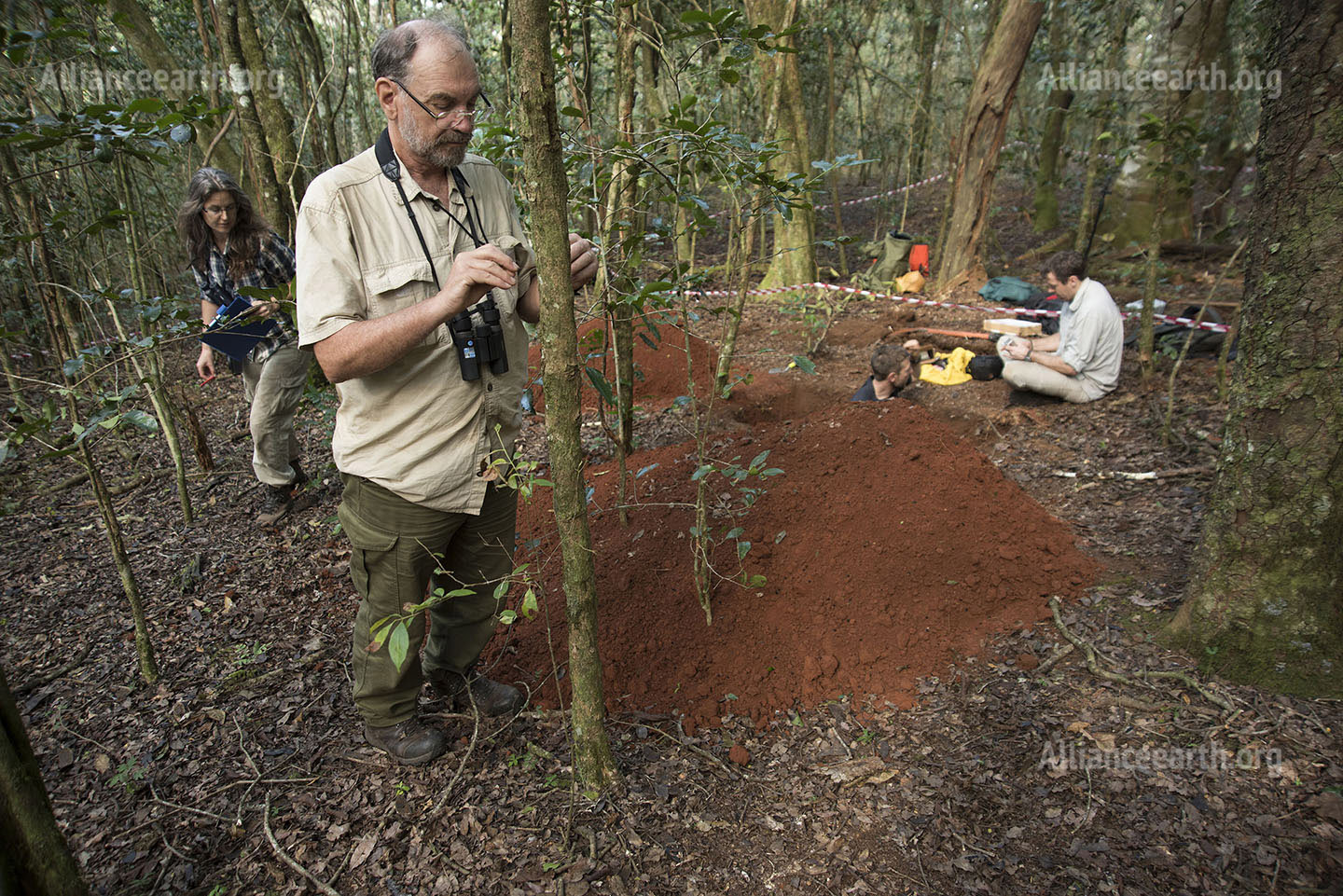 On top of Mount Lico independent botanist Jonathon Timberlake works with Joanna Osborne from KEW Royal Botanical Garden in the UK (far left) measure tree thickness and type in the plot set out by Professor Simon Willcock from Bangor University in Wales, sitting, and Professor Phil Platts from the University of York who is standing in the test pit.

By Measuring forest type, cover, density and depth the team hopes to solve mysteries like the age of Lico’s forest. Tropical rainforests store more carbon than any other vegetation on Earth, and the survey here will become part of a global census of carbon, eventually used by the UNFCC to drive international climate policy.