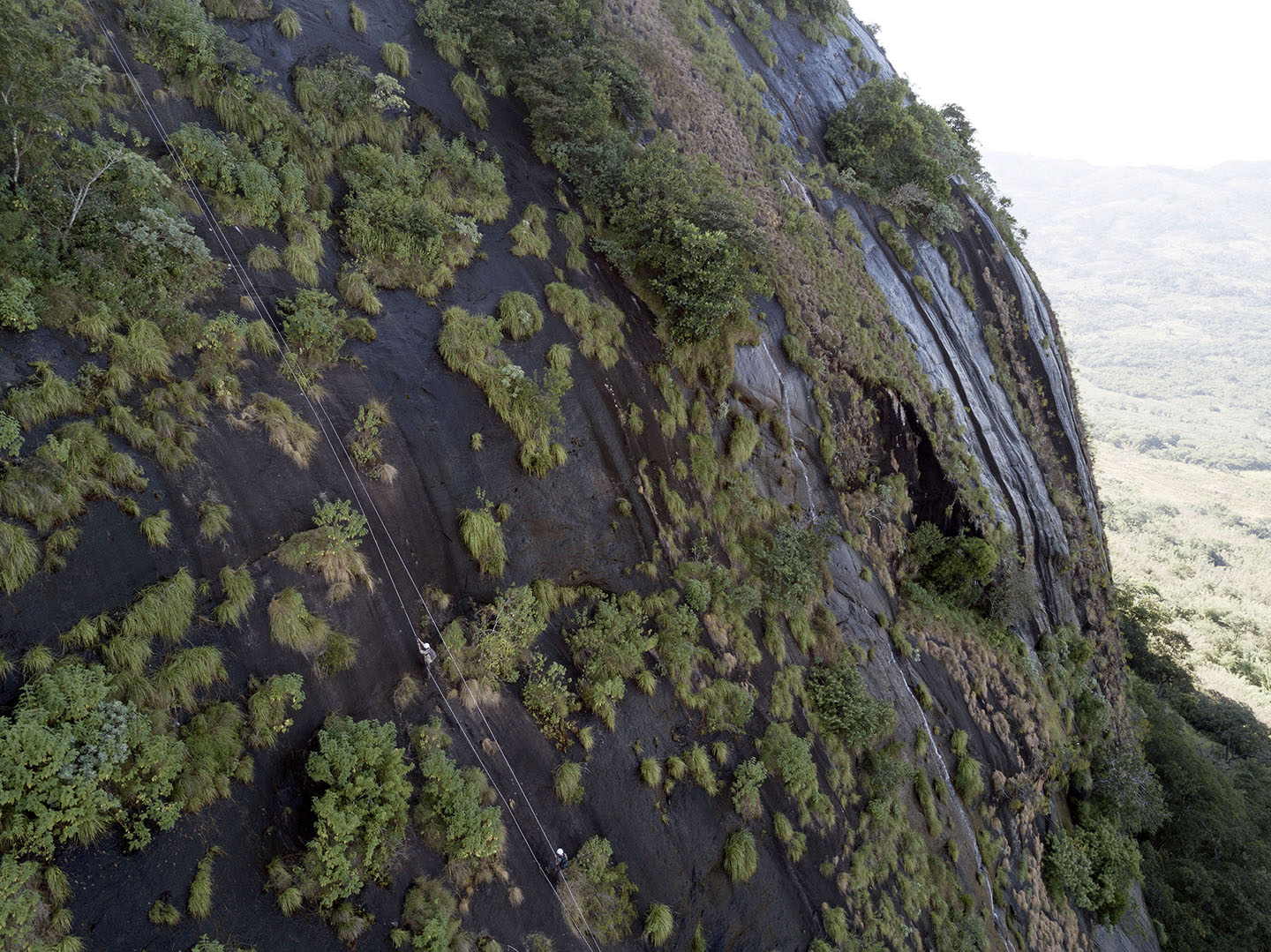 Brazillian biogeographer Gabriela Bittencourt (Phd) and Professor Simon Willcock ascned the fixed lines on Mount Lico. The lines were placed there by two of the UK’s most famous climbers, Julian Lines and Mike Robertson. It often took the researchers more than an hour to ascend using a basic system. By the seventh day one of the lines had abraided against the rock face, so only one was used for the ramainder of the 12 day expedition in May 2018.